hen Covid-19 began to spread its tentacles in India, there was speculation about what would be done to curtail its spread, or what measures would be required to break the chain. A janata curfew was announced on 22 March, people were on guard and many (even though it wasn’t officially announced) had figured through informed sources that the country was heading for a lockdown. India went for its first phase of lockdown on 23 March; there was panic and people didn’t know what to expect. Markets (barring grocery shops and pharmacies), schools, public transport, offices, trains and airlines stopped functioning with immediate effect for the span of a month.

Amidst all this there was one sector that was warming up to increased usage during the lockdown – that was the air cargo sector. It was due to them that essentials were transported within the country and even overseas. Medicines, fruits, vegetables and many other things were available entirely through them.

On 26 March, the ‘Lifeline Udan’ scheme was launched by the ministry of civil aviation (MoCA). This was to initiate a hub and spoke model for air cargo movement in India. MoCA officials, members of the cargo sector and suppliers of various goods, got together to get things moving in transporting goods through air. A lot of effort was made to streamline things.

“We received an urgent request by Mylabs, Pune (on 25 March) for collecting 5 kg of RNA extract that they wanted to pick up from Kentucky in the USA. Since the pandemic was rapidly spreading, they wanted to get this lifted on an urgent basis as it would be used in the process of manufacturing one lakh Personal Protective Equipment (PPE) kits that were in acute shortage then. We facilitated this through FedEx and ensured that the product was delivered to Mylabs in Pune. It was a long, circuitous route – the product was moved from Kentucky to Memphis by road; from Memphis it was sent by air via Paris and Doha before it reached Bengaluru. From Bangalore it was transported by road (with special permission) to reach Mylabs in Pune,” said Vandana Aggarwal, economic advisor in the ministry of civil aviation. She was at the helm of most air cargo movements till the process was streamlined.

Helicopter services, including Pawan Hans Ltd have been operating in J&K, Ladakh, Andaman and Nicobar Islands and the North-East region, transporting critical medical cargo and patients. Till 1 June 2020, Pawan Hans had carried 2.88 tonnes of cargo covering a distance of 11,041 km.

“The national carrier, Air India, Alliance Air, Pawan Hans and the IAF played a major role throughout the operations of Lifeline Udan. Also, private operators such as SpiceJet, Blue Dart and IndiGo lent their support to the government by uplifting Covid-related materials to all parts of the country free or on a cost basis. In fact, organisations such as ICMR, various testing labs, hospitals, and research centres benefited enormously from this initiate of MoCA,” said Keku Bomi Gazder, CEO AAICLAS (AAI Cargo Logistics and Allied Services Company Ltd).

AAICLAS is a wholly-owned subsidiary of the Airports Authority of India (AAI). During the lockdown, it was mandated to operate all the AAI airports, along with the PPP airports, round the clock. This was in view of the fact that there were requirements by the medical fraternity which needed to be prioritised. The goods that were transported included Covid-19-related reagents, medical equipment, testing kits and testing machines.

Even though panic hadn’t gripped India in February, the news of the pandemic had made a dent in air passenger services. There was a huge decline in passenger loads and by the time lockdown began nearly all Indian carriers (Air India, Air India Express, Vistara, SpiceJet, IndiGo) had begun to operate cargo-only flights.

SpiceJet treated the challenge posed by the lockdown as an opportunity and began to work on transporting air cargo all through the lockdown period. “Amidst the greatest crisis ever to hit global aviation, SpiceJet has become India’s No. 1 cargo company. When most wouldn’t venture out of their homes, we operated around 3,500 cargo flights and transported over 20,000 tonnes of cargo – this is more than double that of all domestic airlines combined. We carried medicines and medical equipment, fruit and vegetables to all corners of India and the world,” said Ajay Singh, chairman and managing director, SpiceJet.

During the lockdown, SpiceJet’s air ambulance flew Asian Games boxing gold medallist Dingko Singh from Imphal to Delhi to help him resume his treatment for liver cancer. The air ambulance service was provided free of charge to the Padma awardee.

SpiceJet has a fleet of eight dedicated freighters – five Boeing 737s and three Q400s. On 7 April, SpiceJet was India’s first airline to operate a cargo-on-seat flight carrying vital supplies in the passenger cabin (on-seat). Their international cargo network spans over 45 countries from Russia to Africa, from Europe to South Korea to the Middle East. “In addition to carrying cargo, we worked closely with the government in this fight against Corona virus. For instance, we operated a special charter flight from Delhi to Coimbatore at the request of the government to carry ‘a single Hazmat suit’ to help authorities replicate it and start local manufacturing,” said Singh, adding that at present they have the capability and experience of providing deliveries to over 12,500 pin codes across India.

Interestingly, MoCA introduced a special scheme for transporting agricultural goods called Krishi Udan. “The harvest season was around the corner when lockdown happened. Farmers were ready with their produce and with no vehicular movement permitted on the roads, it was through air cargo that a lot of agricultural goods were transported, both within India and overseas under the Krishi Udan scheme,” said Aggarwal.

“Between 31 March and the end of June close to 800 international and 3,000 domestic flights operated carrying various Krishi Udaan products. On the international front over 17,000 tonnes of agri produce was uplifted and on the domestic front over 6,800 tonnes were flown, totalling about 23,900 tonnes. All this when the lockdown had still to be fully lifted. A WhatsApp group has been created by MoCA and every day, a video conference is held at 14:30 hrs at which all participants in the supply chain such as airlines, forwarders, shippers, consignees, terminal operators, logisticians, and CHA are invited to share their requirements, provide suggestions and most importantly, find opportunities to ensure that the fruits and vegetables of our farmers reach the table of our nation,” says Gazder.

“The after-effects of Covid-19 have shaken the world. In this difficult time, the only hope was air cargo. The air cargo industry, globally and in India, took this challenge in its stride and moved all essential goods at a faster speed, probably in every corner of the world. In particular for India, airlines such as Blue Dart, Spice Jet and Air India moved very swiftly and brought PPE kits, ventilators and masks from China and then distributed them all over the country,” said Tushar Jani, chairman of Cargo Service Centre (CSC). It is the largest cargo terminal operator in India, handling 1.2 million tonnes of cargo per annum. CSC group operates in Mumbai, Ahmedabad, Aurangabad, Mangalore and Bengaluru.

A major concern while moving cargo was managing the workers involved. With a complete lockdown in place, transportation and permissions to travel had become an issue. “We contacted our employees to ascertain whether they were willing to come and work amidst such circumstances, when lockdown was announced. Thirty volunteers came forward and they were housed inside the premises for 25 days. Gradually, more people began to come. We ensured all social distancing norms were followed at all times,” said Avinash Razdan, CEO, Delhi Cargo Service Centre (DCSC). The main facilitator of these air cargo movements was the airport authorities. They ensured that the goods were loaded seamlessly with quick turnarounds.

During June, 1,850 air cargo freighter movements were handled at Delhi Airport, the highest in a month, registering a growth of over 200 per cent compared to the corresponding period of 2019.

Major airlines, which carried international cargo were Air India, Qatar Airways, Cathay Pacific, FedEx, Emirates, UPS and Turkish Airlines. Major imports have been handled from countries like USA, Germany, UAE, United Kingdom, Afghanistan, France, Japan and Hong Kong. “The distribution of this essential cargo was done across the country, mainly in cities like Mumbai, Bengaluru, Vijayawada, Kochi, Hyderabad and also far-flung destinations like Dimapur in Nagaland and Imphal in Manipur, as well as Meghalaya and Guwahati,” said Edward.

“Delhi Airport has one of the largest on-airport temperature-controlled facilities with over 1.5 lakh MT capacity to process perishable products in the temperature range of -20 degrees C to +25 degrees C. The airport also has the largest air connectivity to around 150 destinations across the globe,” Edward said, adding that on 30 May, DIAL handled the season’s first ever mango consignment of 4 mt exported from Varanasi to Dubai through IGIA. At the same time, another consignment of 3 MT of mangoes, brought from orchards in Lucknow, was sent to Dubai by Air India Express on 4 June.

On 1 July, DIAL also launched India’s first paperless and contactless QR-based e-gate pass facility at cargo terminals. This will end up saving 2,50,000 paper documents every month, besides being convenient and efficient.

Things are limping back to normalcy now as transporting goods has resumed by road and railways. However, one should not overlook the contribution made by the air cargo sector in India which ensured that despite the lockdown, people across the length and breadth of India got medicines, PPE kits, fruits and vegetables. They too should be classified as frontline warriors! 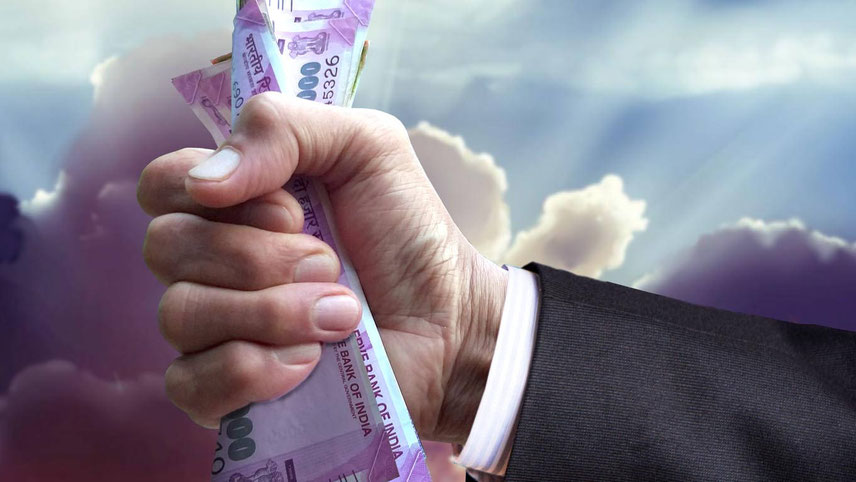 Corporate India is looking at ways and means to shore up its funds. Monetising assets, reducing costs, or raising equity or debt are some of them 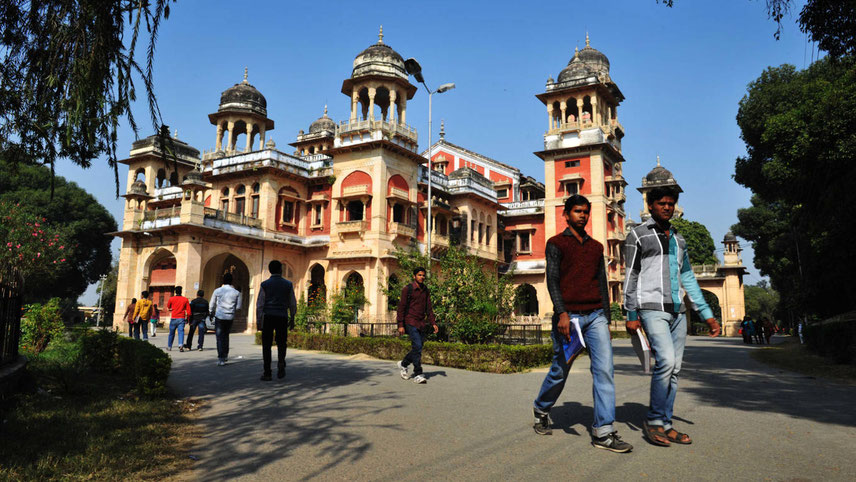 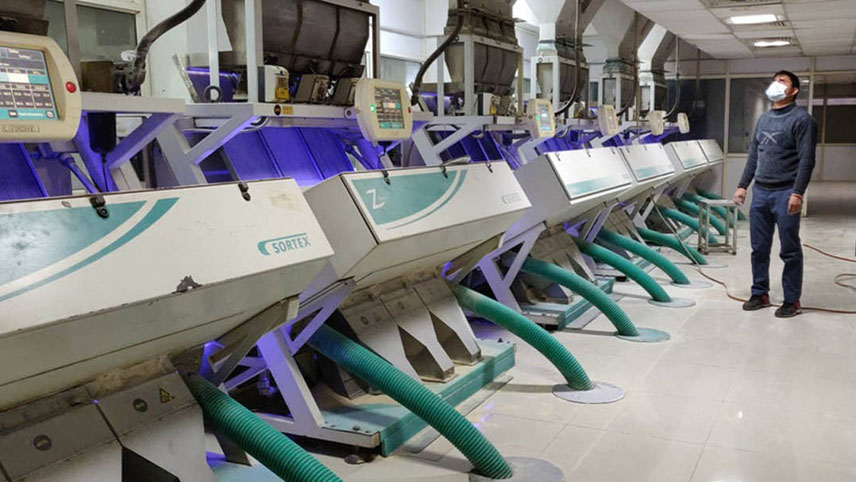 Despite recent turbulence, basmati rice maker KRBL is on a strong growth path 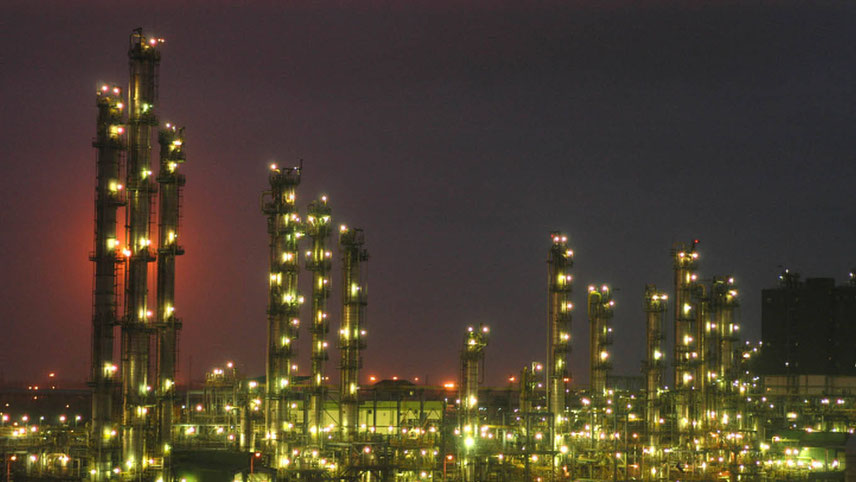 Buying Lummus Technology is a boost for Haldia Petrochemicals 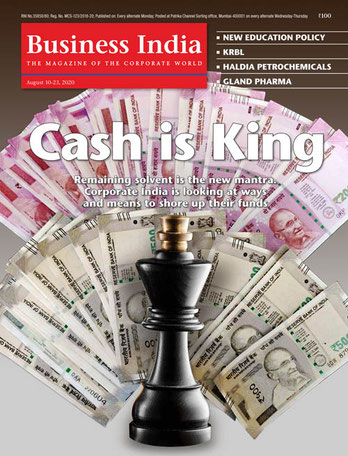 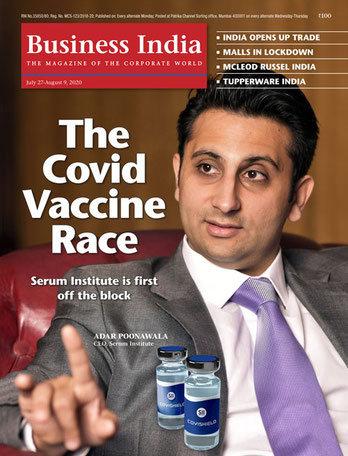 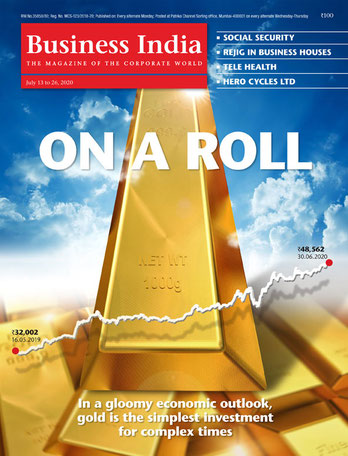 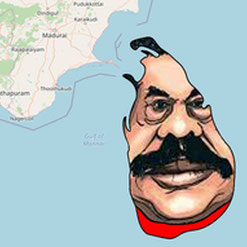 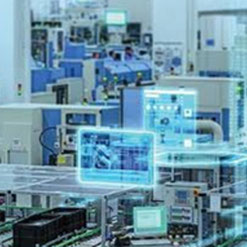 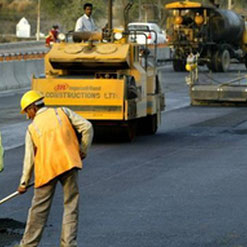 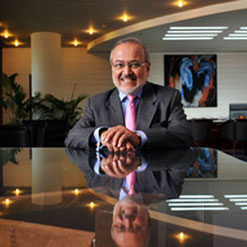 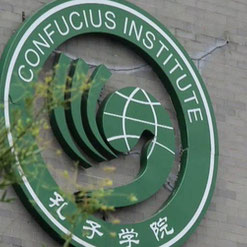 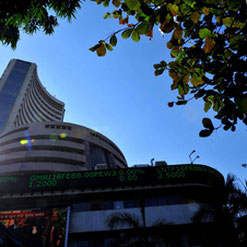 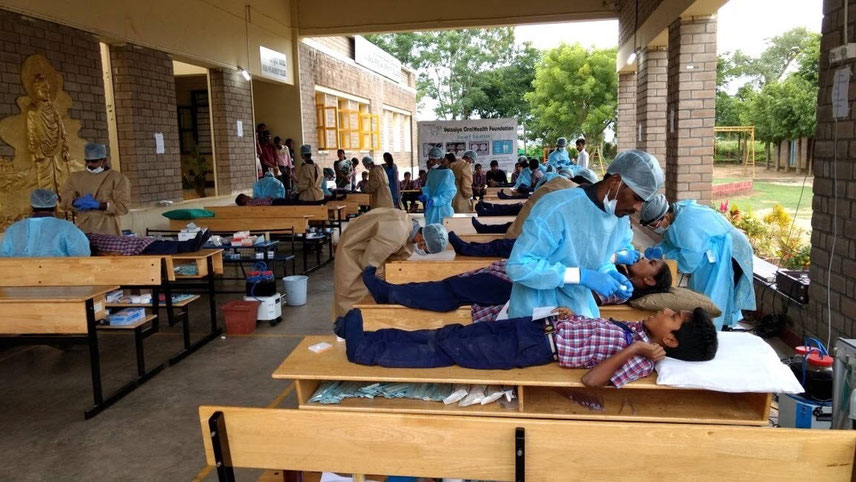 This initiative has given a new lease of life to over 2,500 children 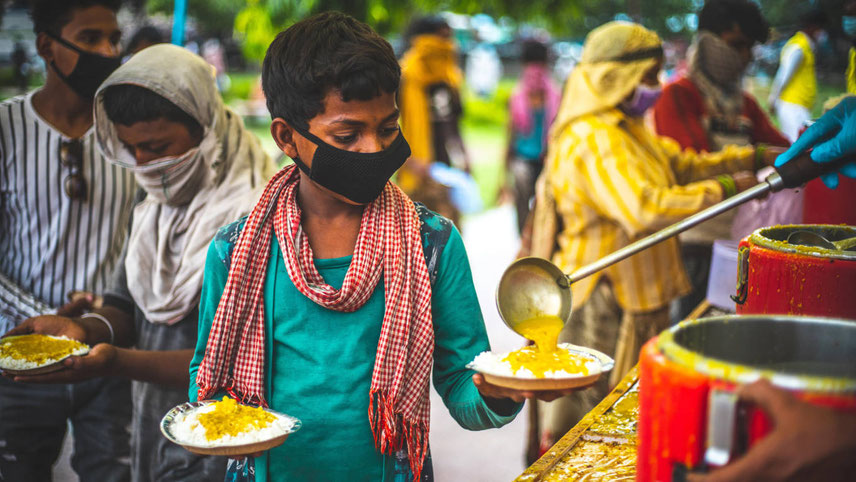 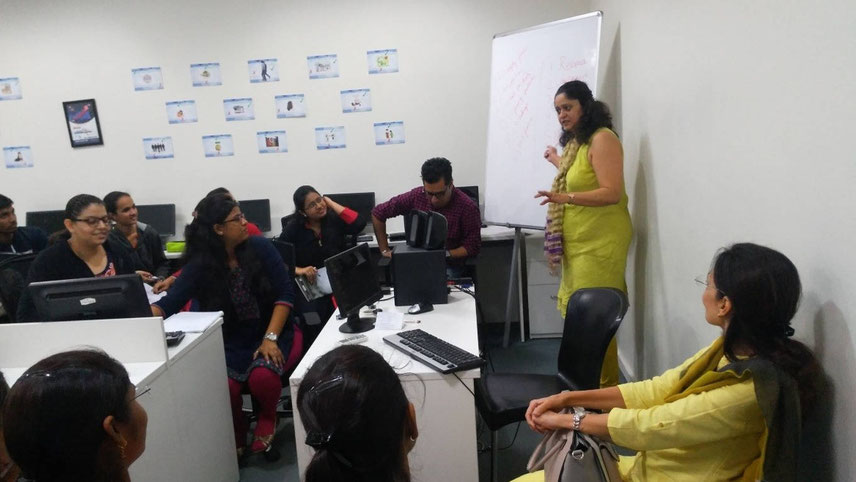 The company pairs its scholarship grants with a comprehensive mentoring programme 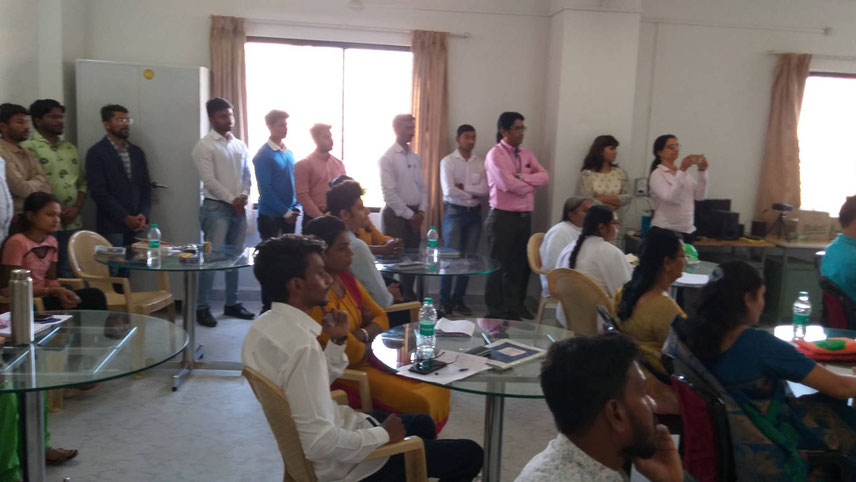 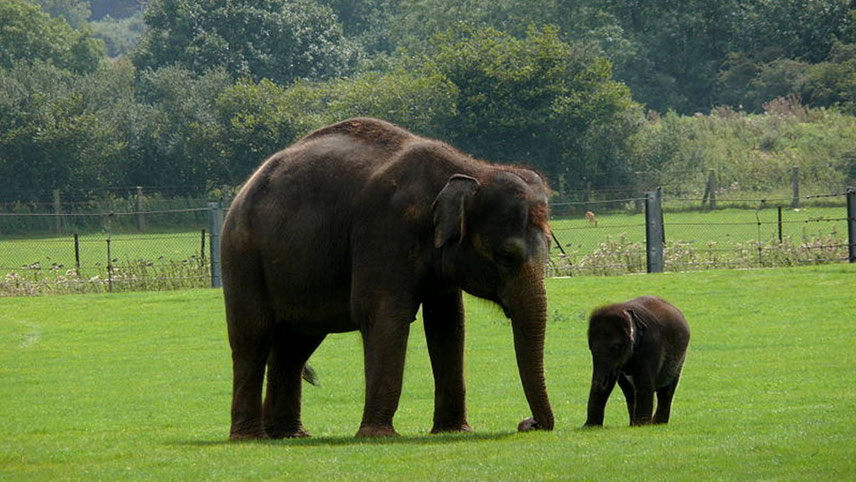 Recent developments that you may have missed 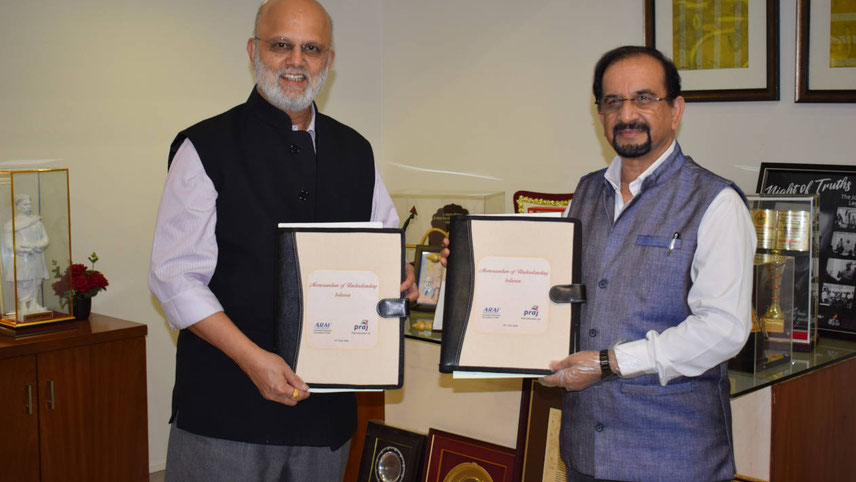 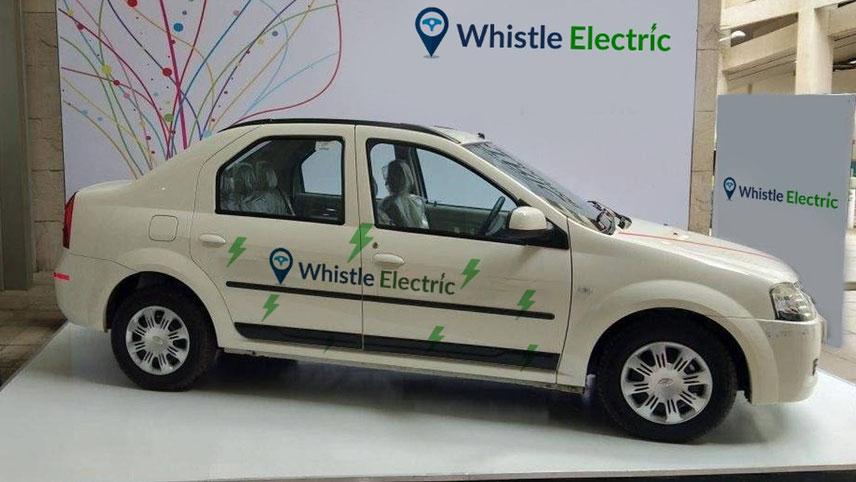 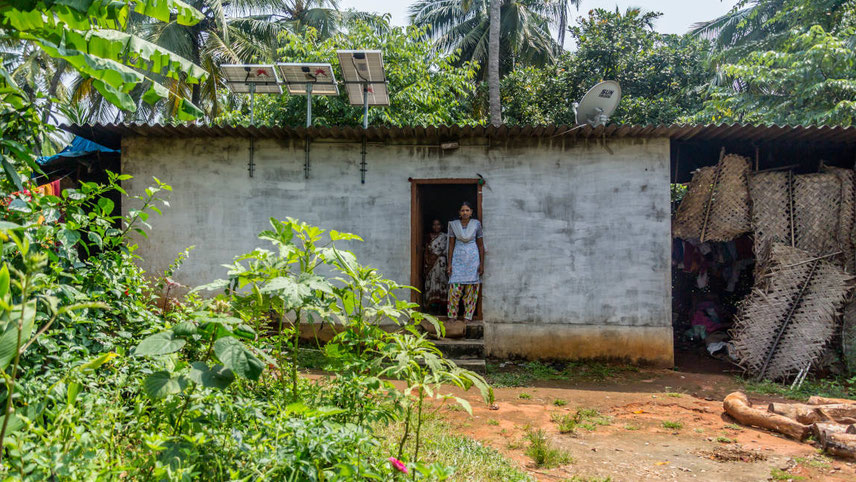 The company concentrates on the energy nexus with critical needs like health, livelihood and education