Is there a real recovery?
Advertisement

The domestic real estate market has made a robust comeback. As per Knight Frank estimates, home sales volume across eight major cities grew by a considerable 92 per cent (YoY) to 64,010 units in Q321. New residential unit launches also increased by 90 per cent to 58,967 during the period. This is indeed a significant recovery compared to 27,232 residential unit launches and 27,453 residential unit sales in the previous quarter. Weighted average prices across markets remained stable in Q3 2021 and did not decline compared to the preceding quarter. The Chennai, Hyderabad and Kolkata markets saw prices increase marginally on a YoY basis during the quarter.

Stamp duty cuts have proved to be an effective demand stimulant in the case of Mumbai, Pune and Kolkata where the state governments have applied a broad-based cut across ticket sizes in the primary market. On the supply side, developers have responded well to the shift in homebuyer sentiment and pursued an aggressive pricing strategy over the year with spot discounts, financing deals, stamp duty waivers and other freebies to entice buyers.

The total residential sales of the top eight markets under review during Q32021, reached 104 per cent of the 2019 quarterly average. Similarly, residential launches in Q3 2021, improved to 106 per cent of the 2019 quarterly average. Demand momentum was strong across markets in Q3 2021 with all markets reporting a YoY growth in sales. Mumbai and Bengaluru, which account for over half the inventory in the market, saw sales grow by 109 per cent and 131 per cent YoY, respectively, during the quarter.

As per the Knight Frank report, the share of sales in the ticket size Rs50 lakh- Rs1 crore grew to 35 per cent in Q3 2021 compared to 32 per cent a year ago. This can be attributed to the homebuyers’ need to upgrade to larger living spaces with better amenities. The share of home sales in the under Rs50 lakh ticket size category dropped to 43 per cent in Q321 from 45 per cent a year ago as the income disruptions caused by the pandemic were more keenly felt by the lower income demographic.

“There has been an exciting improvement in sales and launches in Q3 2021. Sales momentum that picked up in the beginning of the year has sustained in Q321. The market seems to have factored in the very low likelihood of a complete lockdown as was seen last year due to the ample availability of the Covid vaccine. Comparatively lower residential prices, attractive interest rates and higher household savings rate over the past year should support housing demand going forward. The market is gearing up for new project launches and consumers are likely to reciprocate. While financial stress remains a significant factor for developers across markets, homebuyers’ preference for grade A developers and their access to cheaper credit has positioned them well in this recovering market,” says Shishir Baijal, Chairman and Managing Director, Knight Frank India.

Meanwhile, the Knight Frank-FICCI-NAREDCO Real Estate Sentiment Index Q3 2021 has recorded its best ever quarter, surpassing the previously optimistic levels. In Q3 2021, the Current Sentiment Index score rose to 63 – the best ever, after the dismal score of 35 recorded in Q2 2021. The Future Sentiment Index score rose from 56 in Q2 2021 to 72 in Q3 2021, which is the highest in the history of the Index. Optimism for the residential market outlook has only strengthened in Q3 2021, while the sentiments for office leasing and supply have also improved.

“With the ease of restrictions post-Covid’s second wave, the real estate industry has witnessed steady growth. The green shoots of recovery have been observed across sectors – including office, residential, retail, and industry & logistics, which is likely to sustain momentum for next few months,” says Abhinav Joshi, Head of Research – India, Middle East & North Africa, CBRE.

Anshuman Magazine, Chairman & CEO, India, South East Asia, Middle East & Africa, CBRE, states: “India’s real estate market has proven to be extremely resilient over the last year. The overall outlook for the Indian real estate continues to be positive – on the back of an accelerated vaccination drive, policy reforms, and increasing urbanisation.”

The momentum has continued during the recent festive season as well. Knight Frank India has noted that Mumbai city (MCGM region) housing market is on track to record a stellar festive season sale. The city recorded 1,441 property registrations during the first week of November, and in the interim, registration offices were closed and homebuyers too moved their focus to Diwali celebrations.

The daily registrations rate in the city increased from 219 in August to 260 in September. In October it recorded 277 registrations when the auspicious Navratri festival was being celebrated. “Now, amid Diwali festivities and holidays, 206 daily sales registrations have been recorded and at the ongoing registrations rate, November is likely to mark a cumulative one lakh units for the year 2021,” says the leading real estate consultancy.

In October 2021, the city recorded 10-year best property sale registrations of 8,576 units growing by 8 per cent YoY compared to October 2020, when the stamp duty rate was at the lowest level of 2 per cent. Homebuyers are now decisively taking a property purchase decision and even while the government stamp duty incentive no longer exists, amenable factors like multi-year low home loan interest rate, attractive property prices and developer festive offers on new projects have hastened deal closure timelines.

“The affirmative rise in housing sales continues, given the push by the festive season for the month of October making it the best October sales for the decade. The sector is further poised for even better growth which is evident by the property registration at just the start of the first week of November. We are distinctively in a much better place owing to the proactive measures taken by the government like the recent robust vaccination programme crossing the billion mark, home loan interest rates offered by the banks as low as 6.5 per cent and the festive offers leading to a rise in demand for housing sales,” says Rohit Poddar, managing director of Mumbai-based Poddar Housing and Development Ltd.

Ninety-six per cent of properties sold in Mumbai city are within the Rs5-crore value segment as per numbers for October 2021. In terms of further ticket size segments, 53 per cent of property sale registrations took place in the  Rs1 crore and below category followed by 43 per cent of registrations that took place in the Rs1 crore to Rs5 crore segment. Compared to the stamp duty incentive window period, when mid- and high-value segment buyers were very active in closing deals, now it has stabilised across price segments, says the Knight Frank report.

“We are certainly in for a good season this year with the overall positive market sentiments as things open up again across industries. The festive season has witnessed a positive momentum and the developers are anticipating that it will continue further. The post pandemic positivity in homebuyer sentiment primarily led to momentum in sales. The combination of record-low interest rates being charged, a little more stability in the job market as it opens up, attractive property prices, and festive offers by developers are some of the reasons the market has picked up further,” says Deepak Goradia, vice chairman and managing director, Dosti Realty.

“The pandemic experience fuelled the culturally deep-rooted yearning of Indian household towards home ownership. The ongoing festivities have complemented the already positive outlook that homebuyers had exuded over the past year or so. The same is reflecting on the property registration numbers, wherein we are seeing best levels in the months of September and October. The improved economic environment and the rapid Covid vaccination coverage across the country have lent confidence to homebuyers. Hence, even while the government stamp duty incentive has been rolled back, a combination of positive factors like multidecade-low home loan interest rates, affordable property prices, and developer offerings on new products and payment flexibility has pushed fence sitters too to take the purchase decision sooner rather than later,” adds Baijal.

“The demand in the Indian residential sector was already present and with two waves of the pandemic there was a good pent-up demand. It just needed a huge sentimental/psychological push to trigger it into the net sales. Also, people have realised the importance of owning a comfortable home as the work-from-home culture started. Certain government pushes like the stamp duty cut and low interest rates on home loans have improved the purchasing power of a middle class home buyer thereby escalating the already pent-up demand for owning a home,” says Ashish Narain Agarwal, Founder & CEO of new-age brokerage firm PropertyPistol.com which carried out property transactions worth Rs1,830 crore in first six months of FY22 as compared to Rs2,012 crore worth of transactions in the entire 12 months of FY21.

Launched in 2013, PropertyPistol, providing tech-driven real estate solutions to homebuyers, brokers and developers, across Mumbai, Pune, Kolkata, Delhi NCR, Bengaluru, Chennai, Hyderabad and Dubai, has successfully completed over Rs6,400 crore (over 11,000 properties) worth of transaction value. The platform has on-boarded over 2,000 brokers, sold over 11,000 properties across its target markets and served over 620,000 home buyers.

While residential sales have picked up significantly, what is more remarkable is that office transactions across major cities have also recorded a strong quarterly growth in Q32021, despite the looming threat of a third wave. The total office space absorbed across major cities was at 12.5 million sq ft, representing 168 per cent (YoY) growth.

“The third quarter of 2021 saw the Indian office space market chart a robust recovery after the second wave threatened to derail the market in the preceding quarter. The volumes achieved in this quarter are also statistically significant when benchmarked against the quarterly average of 2019, as office transactions were at a historic high in that year,” states Baijal of Knight Frank India.

Amidst this recovery, private equity funds have also continued their support. As per property consultancy firm ANAROCK, private equity funds have pumped in about $1.8 billion into the sector in the first half of FY22, which is a 27 per cent growth over the corresponding period in FY21. Various reports also indicate that the smart bounce-back in the office space is likely to be sustained going forward as well since the economy has made a major turnaround and corporates are expanding their activities – something which was not looking that promising a few quarters ago.

Going forward, with the economy moving towards normalcy and corporates making plans to get back to work from office, the outlook for the segment is likely to improve further. Healthy performance of the IT sector in the last few quarters and strong hiring in the tech sector also bodes well for the office segment. More importantly, successful vaccination drive across a large section of work force has significantly boosted the confidence level. The market seems to have factored in the very low likelihood of a complete lockdown as was seen last year.

The residential segment, which is much better placed currently, will continue to gain further momentum in coming quarters. Mid-end and affordable segments will continue to drive sales. The state government incentives and an enabling mortgage regime will reinforce upward momentum. Increased appetite from millennials and first-time home buyers will drive the market going forward, even as project execution capabilities and cash flow management would be critical for the supply side. Rental housing is expected to get a boost post the implementation of the Model Tenancy Act, which will create an alternate asset class for developers. 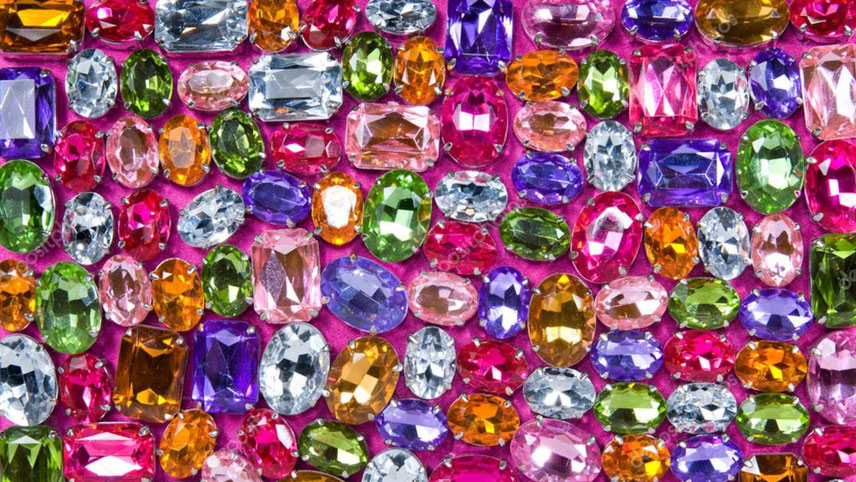 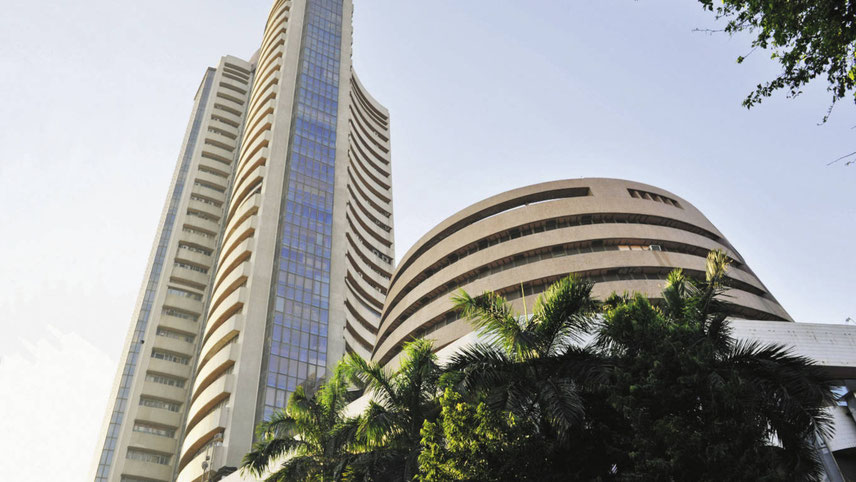 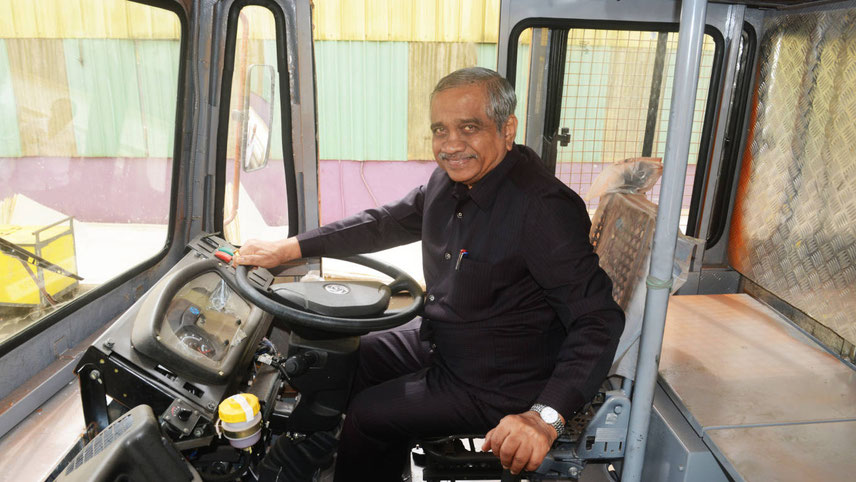 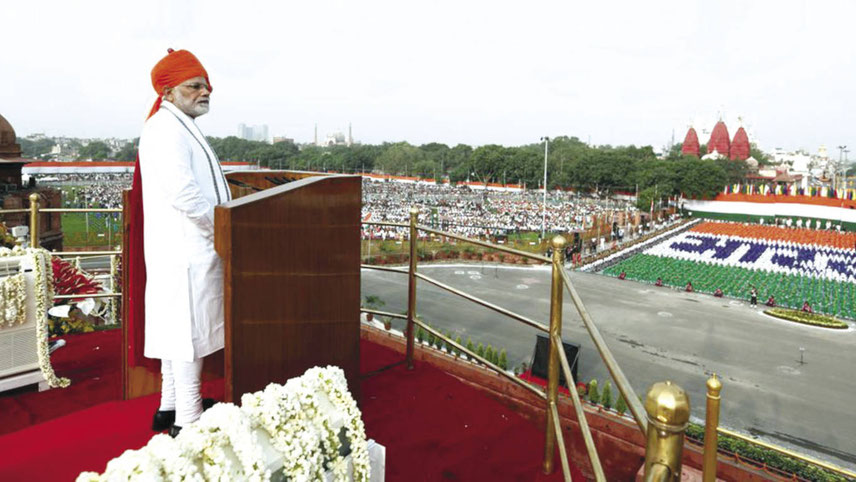 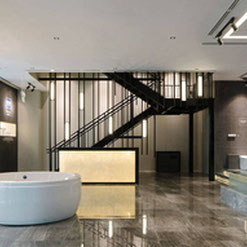 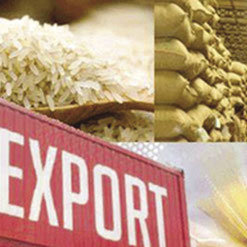 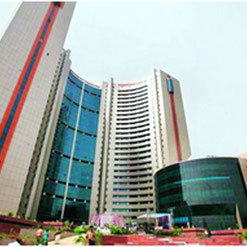 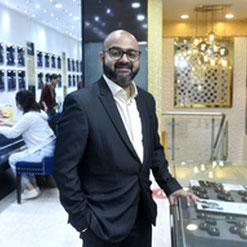 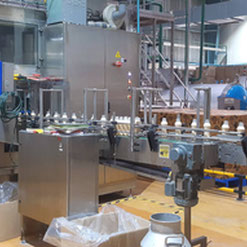 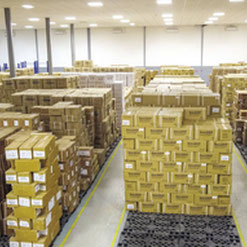