An officer and a businessman

The army teaches discipline and hard work. “These qualities help Radiant Cash Management Services Ltd (RCMSL) manage an army-like operation, handling close to Rs400 crore a day as the largest entity in the space,” says Colonel David Devasahayam, CMD of the company. Born in an army officer’s family and having built his career leading up to the rank of a full colonel, Devasahayam opted for career transition after 25 years of service.

“I was fortunate enough to have worked with the 2nd Battalion of the 8th Gorkha Rifles that was once led by the illustrious Field Marshal Sam Maneckshaw,” recalls Devasahayam. He commanded two battalions and an Army Training Centre before hanging up his boots in May 2005 at the age of 45 and launching his boot-strapped company.

Most army officers end up doing man management or security services, but Devasahayam opted for cash logistics in which he saw opportunities. Then he went to Harvard Business School where he met several entrepreneurs including cash logistics experts from Brazil that gave him an idea for the business.

In hindsight, his plunge in 2003-04 proved to be the right decision as cash continues to be king in India, despite demonetisation and a digital push. Though down from 99.3 per cent in FY2011, approximately 89 per cent of all transactions in India by volume were cash-based in FY2020, as per reports from Frost & Sullivan and others.

As on August 20, 2021, CIC (cash in circulation) in India was valued at Rs29.5 lakh crore and is predicted to reach Rs41.5 lakh crore by fiscal 2025, growing at a CAGR of 9.95 per cent. Cash utilisation and circulation in tier 2 and tier 3+ towns and cities are expected to grow, on account of the government’s financial inclusion programmes, including Pradhan Mantri Jan Dhan Yojana and other direct benefit transfers, providing direct benefits and subsidies to populations in semi-urban and rural areas, as per an F&S Report.

“We believe these initiatives have increased and will continue to increase the number of cash transactions in these regions, as well as demand for cash management services,” says Devasahayam. Further, with the growth of cash utilisation and cash circulation, certain industries such as ecommerce, organised retail and financial services will also grow in these markets and “that is where we see the accelerated growth”, he points out.

Cash handling is in its early phases in developing economies like India. Global players have been providing retail cash management services for several decades now – Brinks since 1859, Loomis since 1918, Group 4 since 1960s and Prosegur since 1976. Indian market leaders Radiant and CMS have been offering these services only since FY2005 and FY2001 respectively. The amount of CIC and the number of cash transactions that occur on a daily basis are two significant influencing factors that influence users such as banks and shops to outsource cash operations. High cash usage appears to have a net positive impact on bank and merchant demand for cash management services.

“We are an integrated cash logistics player with a leading presence in the RCM – reverse cash management – industry and are one of the largest players in the RCM segment in terms of network locations or touchpoints served as of 31 July, 2021,” says Cyrus Shroff, Head – Business Development, Radiant. Quoting the F&S Report, he says the Indian cash management services market revenue grew at a CAGR of more than 10 per cent during the period between fiscal 2010 and fiscal 2021, growing from approximately Rs1,000 crore to Rs2,770 crore during this period. The RCM market is estimated at Rs680 crore in fiscal 2021 and is projected to reach a market size of Rs2,040 crore by fiscal 2027, growing at a CAGR of 20.3 per cent.

Radiant’s offerings cover the spectrum of retail cash management services except for ATM related services. “Due to the relatively sticky nature of our business, we also have significant ability to cross sell our value-added services such as network currency management and cash processing services. For example, four of our top five clients in fiscal 2021 have been with us for a period of more than five years. These value-added services allow us to maximise value and provide better margins as compared to cash pick-up and drop services,” says TV Venkataramanan, CFO. This industry is consolidating due to changes in regulations designed to ensure that cash management companies meet certain operating standards with respect to the handing of cash.

The top three players, of which Radiant is one, account for more than 75 per cent of the total market share of the RCM market.

As per Frost & Sullivan, the RCM market is estimated at R680 crore in fiscal 2021 and is projected to reach a market size of Rs2,040 crore by fiscal 2027, growing at a CAGR of 20.3 per cent. Growth is expected to be driven by a rise in currency-in circulation, which is expected to reach Rs50 lakh crore by fiscal 2027; increasing customer base in the form of a rising number of retail outlets in both the organised and unorganised sectors; from petroleum outlets, insurance premium payments, railways, NBFCs, microfinance and restaurants to cash-on-delivery in ecommerce. Despite Covid, India’s CIC grew by around 19.8 per cent between March 2020 and March 2021, to approximately Rs28.4 lakh crore.

Back to Radiant. Through its more than 42,000 touch points as of 31 July, 2021, covering 12,150 PIN codes across India, the company offers its services in all districts in the country with the exception of Lakshadweep. As many as 84.39 per cent of the touchpoints are located in tier 2 and tier 3+ towns and cities.

Looking at Radiant’s management team, Ascent Capital, through Ascent India Fund III, invested Rs80 crore for a 37.21 per cent stake in 2015. Vasanthakumar AP, Nominee Director at Radiant and Partner at Ascent Capital, says: “We found that Retail Cash Management is a lucrative segment compared to the ATM segment and the investment in Radiant could ensure high returns.”

The army officer’s family has now emerged as a successful business family too. Devasahayam’s wife Renuka, a medical doctor, runs Radiant Health Services. Their daughter Angela helps her mother, and son Alexander David is with Radiant as GM – Operations. On working with a family firm, David says: “To be honest, it’s a mix of everything. I am extremely fortunate to be able to witness the growth of a company which I have seen my father build from scratch. I also feel that it is a big responsibility which we need to uphold with a lot of humility as so many families derive their livelihood from it. The biggest takeaway I personally receive from working in a family firm is the amount you get to learn from dealing with various situations when running a big organisation.” Alexander is a mechanical engineer from Anna University, Chennai, and did his masters in management from Imperial College, London.

“We believe that technology is a key differentiator for us, as it allows us to efficiently handle operations in a high-fidelity business. Our technology solutions help our clients to increase their focus on their core competence without a need to make significant investments in operational infrastructure,” says Devasahayam.

What is it like to work under the command of an ex-Army officer? Ask Colonel Benz K. Jacob, Director – Operations and he says “Colonel Devasahayam has a keen eye to identify the right person for the right job, and has been successful in retaining the top leadership team with him for several years, each of them growing along with the scorching pace of growth of the company. The leadership team comprises several ex-army personnel and the innate nature of discipline, frugality, camaraderie and drive to excel are ingrained in each of the team members, with the Colonel as a shining example of these traits.”

Radiant Cash Management Services is now going public, having filed its Draft Red Herring Prospectus with the regulator, SEBI. Market sources say the company may target raising Rs800 crore once it gets the SEBI nod for the IPO which is a mix of fresh issue of Rs60 crore and an offer for sale of two crore shares by the promoter Devasahayam and one crore shares by Ascent Capital. IIFL Securities Limited, Motilal Oswal Investment Advisors Limited and Yes Securities (India) Limited are the book running lead managers to the issue.

“The IPO will increase the high sense of responsibility as middleclass families will be investing their hard-earned money,” says Devasahayam adding that “the sector has high growth opportunities and that’s what keeps me awake”. He is always brimming with confidence.

“Our end users operate across various sectors with e-commerce, organised retail, e-commerce logistics and financial services, being our key end user sectors. Each of these four sectors have grown in the past and are expected to grow further. We understand that end users in these segments such as Bajaj Finance Limited, Equitas Small Finance Bank Limited, E-com Express Private Limited, Delhivery Private Limited and Hiveloop Logistics Private Limited have significant expansion plans in the medium term and we intend to capitalise on this strong growth with our country-wide infrastructure, our quality of service delivery and strong relationship with these end-users. Despite the ongoing pandemic, we have received letters of intent from our clients for over 1,000 service points every month, in the last 12 months.”

Further, with the growth in cash in circulation in the economy, “we expect that banks will also be able to add newer end users, thereby increasing our scope of growth. We also expect significant growth to come through addition of more banks to our client base. With the recent consolidation of PSU banks through mergers, we expect more such banks to offer doorstep banking services to their corporate clients and in turn outsource such services to companies such as us. We intend to capture a fair share of this growth in the next few years”, adds Devasahayam.

As per F&S, India’s CIC grew by around 19.8 per cent between March 2020 and March 2021, to approximately Rs28.4 lakh crore. As on 20 August, 2021, there was Rs29.5 lakh crore of CIC in India and this is predicted to reach Rs41.5 lakh crore by fiscal 2025, growing at a CAGR of 9.95 per cent (Source: F&S Report). Owing to the increased financialisation and formalisation of the Indian economy, Devasahayam believes a greater amount of cash will require to be processed and be in circulation in the economy.

“Accordingly, we believe that there is a large potential for growth of our existing services, especially value-added services. The value-added services offered by our company, including network currency management, cash processing, vaulting, and low denomination notes/coins conversion, give us the twin benefits of strengthening our relationship with clients while also adding to our profitability. We aim to increase the share of value-added services,” sums up Devasahayam.

Despite a growth in digital transactions, cash still accounts for the majority of payment transactions (at point of sale) in India. In FY2020, approximately 89 per cent of all transactions in India by volume were cash-based, down from 99.3 per cent in FY2011. (Source: Cashmatters, Moneycontrol, Frost & Sullivan) While new payment methods have begun to compete with cash, a considerable section of the country still prefers cash.

According to a Frost & Sullivan Analysis, cash is still the most preferred payment option compared to other methods, notwithstanding the effect of demonetisation and Covid-19. While digitalisation attempts have resulted in a rise in card and UPI payments, cash payments are likely to continue to dominate, with cash accounting for 60 per cent of all transactions by FY25. 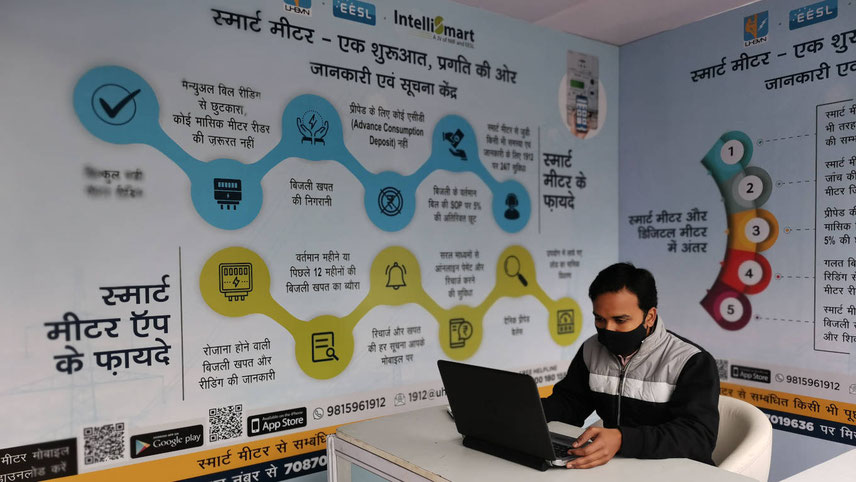 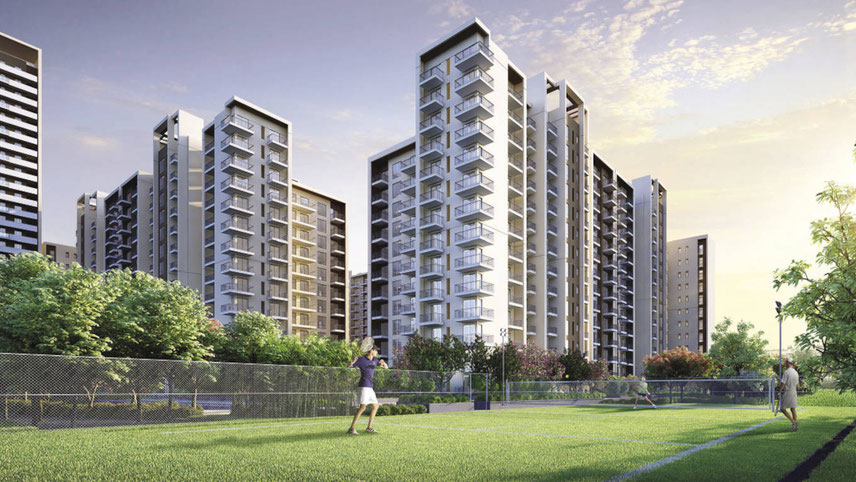 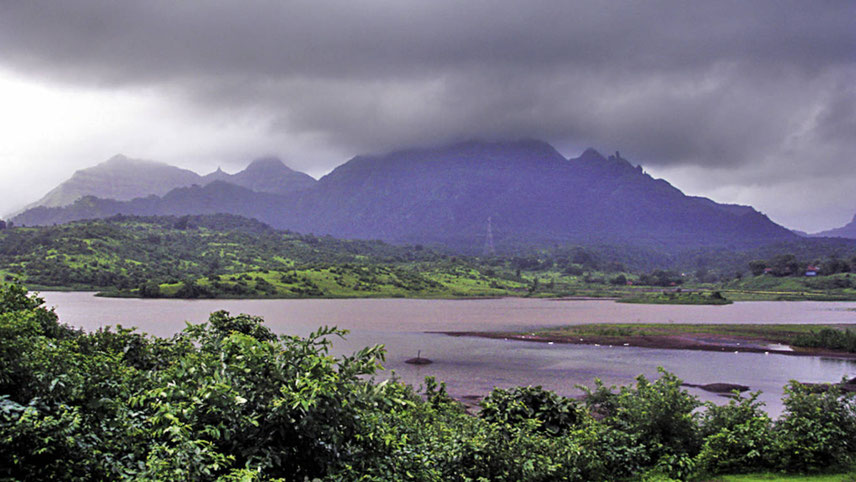 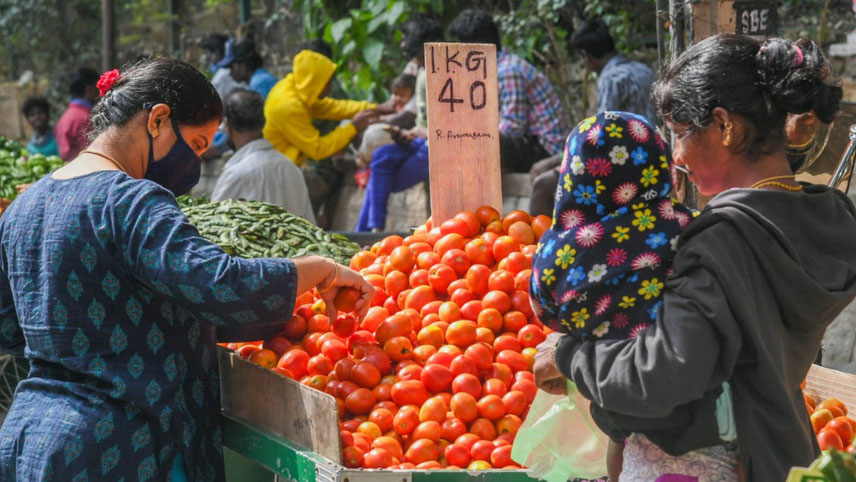 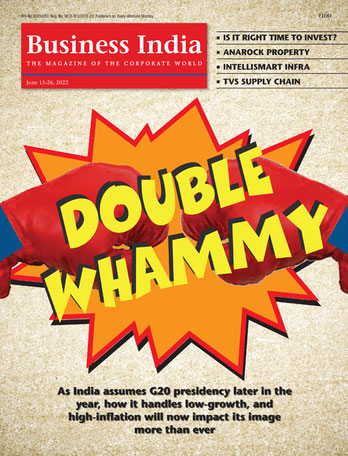 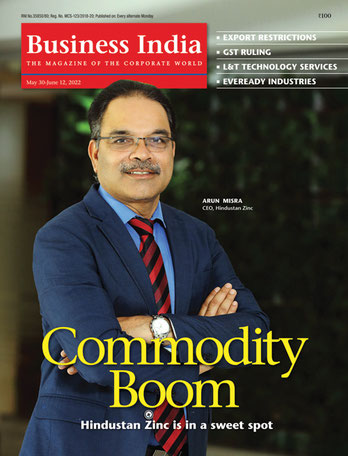 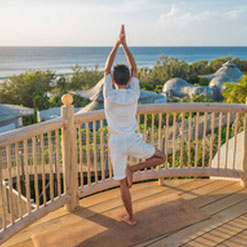 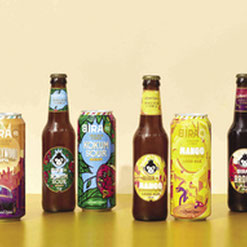 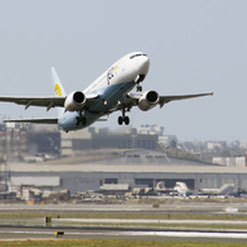 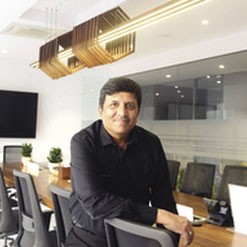 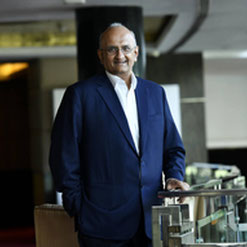 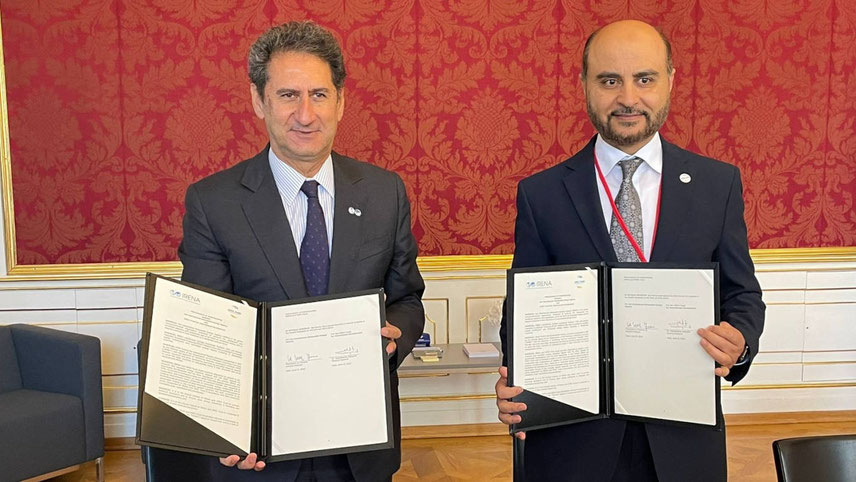 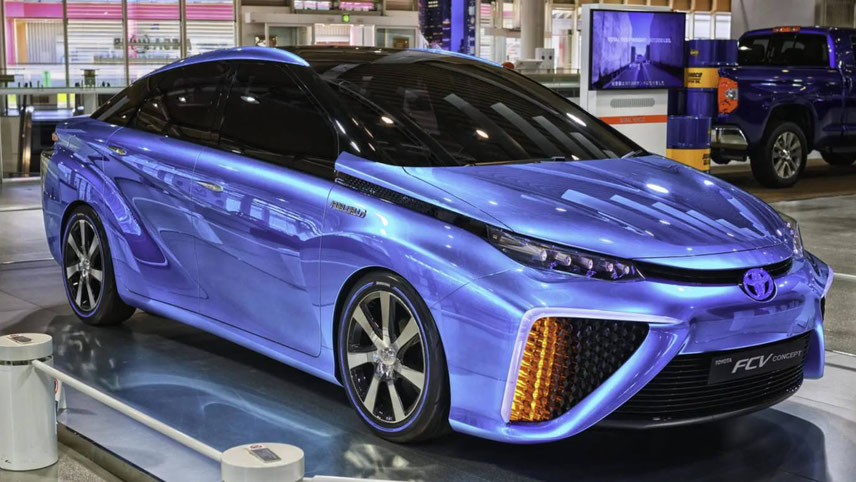 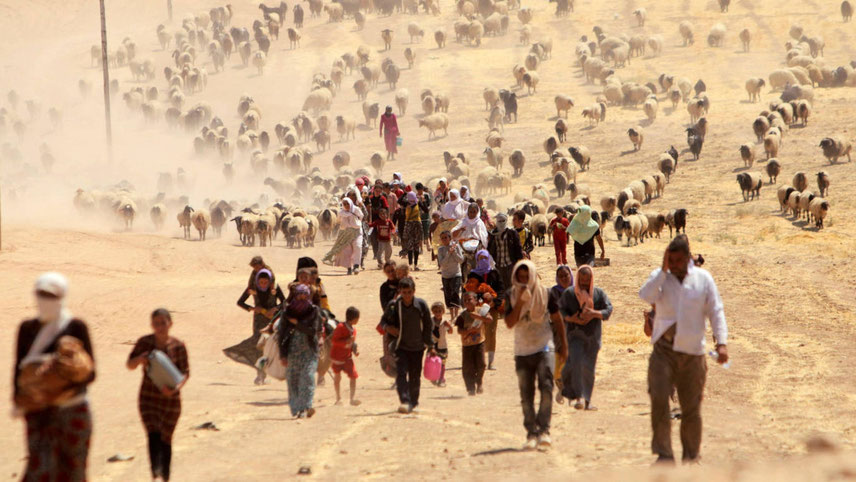 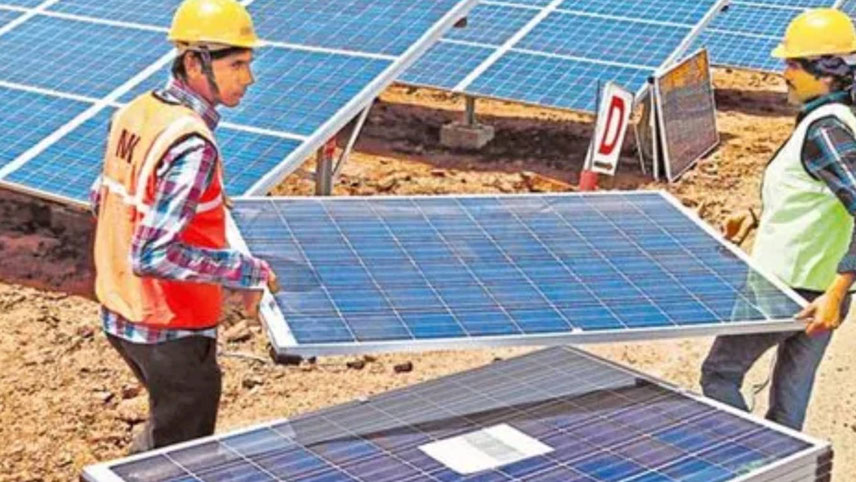