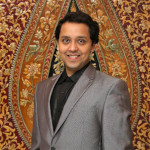 As per the World Economic Forum, around a quarter of the world’s urban population lives in slums. The UN Habitat pegs the figure at nearly 100 crore people. Poverty in cities is real and countries need to address urban poverty if their cities are to become truly liveable and sustainable.

UN-Habitat defines a slum household as a group of individuals living under the same roof in an urban area who lack one or more of the following:

Durable housing: A permanent structure built on a non-hazardous location.

Sufficient living space: A minimum of four square metres of area and a maximum of three people sharing a room.

Easy access to safe water: A water source that is protected from outside contamination.

Security of tenure: Evidence of documentation as proof of tenure and protection by the state against arbitrary unlawful evictions.

A part of the MDG-7 was to bring in a significant improvement in the lives of at least 10 crore slum dwellers by 2020. Even though this target was met well in advance of the deadline, more than 8 crore people still live in slums. The SDG-11 to an extent aims to address this issue. It states:

One of the sub-goals under SDG-11 is to ensure access for all to adequate, safe and affordable housing and basic services and upgrade slums by 2030.

In 1990, 68.9 crore residents of developing countries lived in slums. In 2015 this number was 88.1 crore. Even though the proportion of urban residents in developing countries living in slums has reduced from 39 per cent in 1990 to 30 per cent in 2015, the absolute numbers have increased by 28 per cent. Slums are growing across the world as more and more people seek to migrate, the problems facing slums and facing cities due to slums will only compound. Since 2000, the global slum population grew on average by 60 lakh a year, an increase of 16,500 persons daily.

Slum dwellers face challenges living in harsh urban environments. Cities are becoming densely populated and local governments are not able to cater to the basic requirements of their citizens. Between 2000 and 2014, more than 32 crore people living in slums gained access to improved water sources, improved sanitation facilities and durable or less crowded housing. Solving existing problems doesn’t help if governments do not have clear and unambiguous policies on rural-urban migration, availability of livelihood opportunities in rural areas, and the role people living in slums can play in the development of the urban economy. Development of slums should result in slums becoming history, not in having more developed slums or slums with improved facilities.

Availability of clean water, sanitation, health and education facilities, lack of space, safety and economic opportunities are major challenges for people living in slums. The outbreak of Ebola fever in West Africa and subsequent spread from 2013 to 2015 was virulent in underserved slums of major coastal cities.

The ministry of urban development launched the Smart Cities Mission in 2015 for holistic rejuvenation of 100 cities (later revised to 109) across India. The total outlay for this mission is Rs.48,000 crore. Each city would get assistance of Rs.100 crore per year for five years. Cities had to participate in a nationwide challenge by submitting smart city proposals. Once a city has been selected, a Special Purpose Vehicle (SPV) is formed with contributions from the Central and State governments. The SPV would be responsible for the implementation as well. It can execute the project by involving private entities. The SPV can also organise funding from various internal and external sources.

Launched in 2015 by Prime Minister Narendra Modi under the ministry of urban development, this mission aims at providing basic services in 500 Indian cities. AMRUT’s purpose is to ensure that every household has access to water and a sewerage connection; to increase the amenity value of cities by developing greenery and well-maintained open spaces; and to reduce pollution by promoting public transport or construct facilities for non-motorised transport. The total outlay for AMRUT is Rs.50,000 crore for a five-year period from 2015 to 2020. The mission will be operated as a centrally-sponsored scheme.

Also known as the Pradhan Mantri Awas Yojana (PMAY), this scheme was launched in 2015 by the ministry of housing and urban poverty alleviation. The primary aim of this scheme is to ensure that two crore houses are built across India. An outlay of H23,000 crore was made in the 2017-18 Union budget for this scheme. The outlay for the year 2016-17 was Rs.15,000 crore.

Indian cities have grown over the past two decades for various reasons. According to the World Bank, in 2010 around 55 per cent of the Indian population lived in urban settings, far more than the official rate of 31 per cent. Official estimates (2015 data) state that India’s urban population is around 41 crore people (32 per cent of the total population) and is expected to reach 81 crore people (50 per cent) by 2050.

Urbanisation in India is happening in two ways: rural-urban migration and semi-urban areas evolving and developing into urban areas. Mumbai and Bangalore are examples of the former whereas Pune, Ahmedabad and Gurugram are examples of the latter. Indian cities face different challenges such as availability of water, power, improved sanitation, education and healthcare systems, mobility and other public services.

While cities in general have multiple problems, slums end up facing a most of the brunt. According to a 2015 report by PwC and Save the Children, nearly one in six urban Indian residents lives in a slum. Every eighth urban Indian child (0 to 6 years) lives in a slum, that’s more than 80 lakh children living in slums. The share of urban poor in the total number of poor in India is increasing and is now close to 27 per cent. In urban areas, out of 1,000 girls, only 14 reach class 12. Some of the quality of life indicators in Indian slums are as follows:

• Compared to urban areas, slums have fewer permanent shelters (77.7 per cent against 84.3 per cent)

• More households in slums live in single-room shelters (44.8 per cent against 32.1 per cent)

Apart from the visible poverty, slums are excluded from the social fabric of society. This exclusion is visible in the different forms of discrimination that slum dwellers face. Slums have also been referred to, to signify ‘shelter poverty’. That’s a result of the poor housing and bad living conditions they offer.

The problem of developing slums is not an easy one. Government plans in this aspect do not succeed often and any attempts get stalled due to the sheer complexity involved. As was remarked about Mumbai’s slums in a paper, ‘The Entrenched City’ by Liza Weinstein, “If the grand visions of master planners – referred to by many in Mumbai as hallucinations – were realised, then the social dislocations they would bring about would be unimaginable.” Planned, sustained and long-term action is required if Indian cities have to become more liveable, socially inclusive and mutually sustainable.

The 2011 census was the first complete and systematic count of the slum population in India. It defined slums as “residential areas where dwellings are unfit for human habitation”. Indian census studies have shown that the slum population in India increased during 2001-11. In 2011 2,613 towns have reported slums, an increase from the 1,743 towns reporting slums in 2001. Slums are present in 63 per cent of the statutory towns in India. There are 1.37 crore slum-households that live amidst inadequate basic amenities, poor health outcomes, insecurity as well as unstable incomes.