Arts, Culture, Heritage
Architects need to have three ‘R’s in their portfolio of works
Advertisement 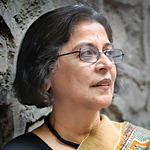 At the age of eight, my parents took me to the ancient Nalanda University in Bihar. I think it was perhaps after visiting the ruins of Nalanda that I decided I wanted to be an archaeologist. That was not to be, but perhaps led to my becoming an architect and instilled in me the love for history and conservation.

I believe that in India, all architects need to have three ‘R’s in their portfolio of works – Restoration, Retrofitting and Re-Architecture. Restoration for reinstating the building to its lost cultural significance, Retrofitting for addition of new technology to an old structure and Re-Architecture for redesigning historic spaces for adaptive reuse for the time to come.

Every architect should aim to be a conservationist so that thousands of monuments and heritage buildings will be saved as well as to ensure the protection of our natural heritage. It taught me to understand the complexity of handling multiple buildings and situations, and enhanced my belief that conservation does not encompass only historic buildings which need reverential treatment but also includes recycling of ordinary buildings to make them usable in an emergent nation like ours. The old and the new, and changing use and user needs, need to be amalgamated, for nothing is sadder than an abandoned building which is of no use to the protagonist of its space – Man.

I was introduced to restoration in 1981 when my studio, Somaya & Kalappa, was appointed to upgrade the beautiful West End Hotel in Bengaluru, a former British cantonment and now one of India’s fastest growing cities.

Over the years, we have worked on various projects that included conserving, restoring, retrofitting and building anew which included The Cathedral and John Connon Schools, St. Thomas Cathedral, The Rajabai Clock Tower and the University Library building, TCS House, Bombay House and The Old Yacht Club, all in the historic centre of Mumbai. Many of our restoration projects involve “living” buildings and not monuments. The challenge was to balance continuity and change and to ensure that the buildings worked and functioned in today’s context.

In urban India, and particularly in Mumbai, I feel that the real issue is effective recycling of the vast stock of underutilised buildings, both distinguished and plain, that have tremendous potential. The preservation of landmarks is now becoming an accepted norm, but the focus must shift to upgrading and finding new uses for the bulk of our ordinary buildings. However, there can be a future for buildings from the past if the conservation movement works in tandem with planning and development strategies. The situation is desperate in India – with the Urban Land Ceiling Act and land being a scarce resource, a burgeoning population, pressure from builders’ lobbies, increase in the Floor Space Index and removal of height restrictions on the one hand and expecting owners to save their heritage buildings on the other. In today’s world, sentiment cannot overshadow economics and so a conservation policy of finding new uses for old buildings must run parallel with planning policy. Only then can the prevention of deterioration be followed by the final step of restoration and rehabilitation.

The sense of place that we, who are so privileged to live in India have, cannot be destroyed. Revitalising the older parts of our cities rather than knocking them down brings huge benefits. It retains our sense of place and history. If we don’t preserve the past, we have no future. So the role of the architect has to go beyond buildings; he or she is the guardian of the built and un-built environment.