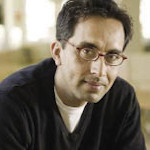 By Gireesh Shrimali. The author is Precourt Scholar at the Sustainable Finance Initiative at Stanford University

India is the third-largest emitter of greenhouse gases today, despite having one of the lowest per capita emissions in the world. The latter is an indicator of India’s development status, which prompts many to push for development as a priority. However, India is also cognisant of the negative impact of environmentally harmful technologies, such as coal power plants and internal combustion engines.

Having recognised the need for both development and sustainability, India has embraced climate change action as a priority. This is evident from the National Action Plan for Climate Change (NAPCC), which lays out India’s plans for not only reducing greenhouse gas emissions but also for adapting to the real threat of climate change. This also has strategic value in terms of reducing dependence on fossil fuel imports and promoting domestic manufacturing.

While the NAPCC is an internal commitment, India has also shown leadership in the global arena by signed up for moderate ‘nationally determined contributions’ (NDC). These include, by 2030, the following: lower emission intensity by 33-35 per cent, compared to 2005 levels; 40 per cent of power generation capacity by renewable sources; and an additional carbon sink of 2.5 to three billion tonnes via increasing forest cover.

In this context, an additional ambition has emerged – 100 per cent electrification of transportation by 2030. While this is yet to be official policy, there is already a lot of action on the ground towards this goal. Combining this goal with the fossil-free power generation commitment provides a realistic path towards reducing the carbon intensity of the transportation sector as well.

India has made significant progress towards meeting its goals. For example, as of June 2019, India has installed 80 GW of renewable power generation capacity towards an intermediate 2022 target of 175 GW. While wind energy capacity has risen steadily to 36 GW, solar energy has seen recent fast growth and has reached 30 GW of installed capacity. There has been significant progress on energy efficiency as well, as evidenced by the early success of the Perform, Achieve and Trade (PAT) programme; and, by the forward movement on various initiatives, including the Energy Conservation Building Code (ECBC) and the Appliance Star Labelling System.

On the other hand, India still has a long way to go. For example, India is still about 100 GW away from its 2022 renewable energy targets. This gap increases to 300 GW when compared to the 2030 targets implicit in India’s NDCs. Further, it is not clear as to what the impact of various energy efficiency-related programmes has been on the 33-35 per cent carbon intensity reduction target for 2030. Finally, the electric transportation revolution is just starting.

While these are positive goals, and there have been strong steps forward to meet them – especially taking advantage of least-cost opportunities – it should be noted that India’s investment needs to reach these goals are massive. According to the International Finance Corporation (IFC), India offers climate investment opportunities worth $3.1 trillion through 2030. The sectors under consideration include renewable energy, green buildings, climate-smart agriculture and electric vehicles.

Given the limited availability of development capital and the tremendous investment requirements, leveraging development and public capital to crowd-in commercial capital is the need of the hour. In fact, this is reflected in the World Bank’s ‘billions to trillions’ approach, whereby billions of dollars in official assistance should mobilise trillions of dollars in total financing.

In India, this public-private collaboration will be essential to raising the requisite finance for the country’s cleaner growth. While the right domestic policies will be key to facilitating finance, greatly scaling up investment from the private sector will be the only way to mobilise the full amount of capital needed to meet India’s ambitious targets. Given the massive investment requirements, public capital needs to be deployed in the most effective manner.

According to the International Renewable Energy Agency (IRENA), there are several reasons for investments in low-carbon technologies and business models to not scale up at the required pace. These reasons may be categorised into one or more among the following: first, a policy framework that is not conducive to the growth of the sector; second, a lack of adequate risk mitigation mechanisms that address barriers preventing mobilisation of commercial capital; and third, a lack of structured finance tools that can attract large scale funding from capital markets.

These three elements usually occur sequentially, in the order listed. For instance, even if the government has been supportive of the sector and formulated an actively evolving policy, private investment might still be limited due to the high perceived risk.

In this example, to assuage investor concerns and mobilise private capital at scale, adequate risk mitigation mechanisms and structured finance tools need to be developed. Potential catalytic interventions to overcome these constraints include developing risk-sharing and mitigation structures, such as a currency hedging facility to induce more foreign capital; developing guarantee structures to offer downside protection to investors; creating financial intermediary and aggregation platforms such as warehousing and securitisation vehicles; developing blended finance structures so that public capital takes on higher risk; and using technology to reduce transaction costs of small-scale financing deals and provide better credit information. Once developed and refined, these interventions must also be supported into implementation and, ultimately scale.

At a high level, this process of first analysing market conditions and barriers in a specific sector, then developing catalytic finance interventions, and finally, enabling their implantation, forms an implicit value chain approach to scaling promising technologies. This approach can be applied to various sectors of the green economy – renewable energy, sustainable transit, climate resilience, etc. – and when taken together, across all high-needs sectors, is a comprehensive strategy for economic transformation. A three-pronged set of interventions and a comprehensive approach can ensure that India’s low-carbon goals receive the requisite investments.

The first step would involve systematically identifying and prioritising barriers to investment across sectors, both from project finance and capital markets perspectives. For example, while such knowledge exists for project finance in renewable energy, we are just starting to scratch the surface on electric vehicles. This would address the key issue that information on barriers hindering the flow of capital is either missing or limited. These barriers could manifest in the form of ineffective policy formulation, high sectoral risks, lack of financing vehicles, lack of information, among others. Further, in the case where information is available, there is little understanding of the priority of barriers and risks; so, prioritisation of barriers and solutions would be necessary to ensure effective implementation.

The second step would involve identifying and prioritising not only supporting policies but also catalytic finance solutions to overcome these barriers. There is a need to develop theoretical constructs of catalytic interventions (such as a currency hedging facility) and blended finance structures (like an infrastructure investment trust) to address prioritised barriers. This includes financial modelling, stakeholder analysis, market research, and other scoping to ensure interventions can meet the needs of various stakeholders. Some existing example initiatives include the India Innovation Lab for Green Finance, the US-India Clean Energy Finance Initiative, and the US-India Catalytic Finance Programme, all of which I had set up as the Director, Climate Policy Initiative.

The third step would involve enabling implementation and scaling up solutions on the ground. A specialised well-funded entity is required to bridge the gap between the theoretical constructs of catalytic interventions and the final implementable versions, including making connections to appropriate implementers and stakeholders. In short, there is a requirement for implementation, something akin to the well-known Green Bank concept used elsewhere, such as in the UK and the US. In the context of renewable energy, the India Renewable Energy Development Agency (IREDA) can play this role, but IREDA would need to step up as a catalyser of private capital.

This comprehensive approach, if followed, would address the challenges and set India on its path to enabling financing of its ambitious climate targets.

The introduction of black pepper as an inter-crop in the sopari and coconut orchards, has enabled farmers to cultivate crops simultaneously

Brushing up on Oral Health: Colgate-Palmolive India teams up with Andhra Government