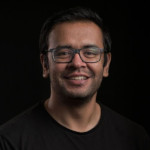 By Akshay Joshi. The author is CEO and Co-founder, Ambee

The last couple of centuries have seen humankind progress at a rate that was previously unthinkable. Rapid advances in science and technology have drastically improved mortality rates and living standards and peace has generally prevailed for the longest period of time in modern history. Information has become an easily accessible commodity, across social and economic groups, shrinking the world and making it a far easier place to navigate.

This progress, however, has come at a cost. Fossil fuel expenditure has led to a never-before rise in the Earth’s temperatures, threatening to submerge our cities. Jakarta, a city with a population of 10 million, has been steadily sinking and is set to be abandoned for a new capital city on the island of Borneo. Entire tracts of life-giving Amazonian rainforests have been ablaze, depleting Brazil of rich bio-diversity. Mumbai is scheduled to be the second-most economically stricken city by flooding, accounting for over 10 per cent of such loss worldwide. New Delhi continues to be the popularly chosen ‘pollution capital’ of the world, with an average reduction of nine years in life expectancy, and Chennai, a coastal city, has run out of water.

Thanks to modern technology, the single most powerful weapon we have in our arsenal today is information. Rainforest arson has historically been an unfortunate reality, but the difference today is that the democratisation of data allows everyone from a high school student to a world leader to look at the burning of Amazonian rainforests at the same time. This is the same Amazon that scientists study and is high up on the agenda of the G7 summit but the difference is that the free availability of this information is able to fuel a collective consciousness and influence political decisions positively.

This is the true manifestation of the phrase – knowledge is power. The ability to build empathy and garner popular support for a distant cause is not a new concept, but real-time information sharing enables the elevation of important issues and enables the world to quickly co-opt them as causes on a global scale, in a matter of days. It is this ability of data to definitively influence public discourse that sets the current progress apart from what we have seen so far.

The next step in the information revolution has to do with the truly impressive growth in data science. Take for example, the now annual flooding in Chennai. Rampant construction and depletion of mangroves, swamps, and marshes is now acknowledged as the primary cause of both Chennai’s near-zero drinking water supply, as well as constant flooding during monsoons. Satellite images of Chennai show the marked difference over a few years for inundated zones, and it is obvious that this pattern is repeatable.

While satellite imaging continues to advance and provide us with better base data layers, data science will emerge as the key differentiator in many scenarios. Today’s image recognition and computer vision technology stretches far beyond the layperson’s imagination. It is possible to continuously train learning algorithms to continuously scan satellite images every day, focusing on wetlands and coastal areas. These can also be set up to issue alerts and warning in case construction and encroachment cross a safe threshold. In the short term, governments can bar construction in hotspots, ensuring breakwaters and natural flood barriers exist. In the long term, this will lead to safer cities and lower losses from flooding.

This is by no means a flight of fancy. At this moment, there are start-ups around the world engaged towards attaining precisely this goal. Some of them have lauded scientists amongst them and have received millions in funding from one of the largest stakeholders in this system, insurers. Insurers are paying specific attention to climate and environmental threats, as these have the potential to impact millions and up-end traditional underwriting models that were, until now, the mainstay of the industry. Jupiter Intelligence, headquartered in Silicon Valley, is an example of exactly such a startup. Founded by veterans of the tech industry who’ve built companies acquired by Google, and scientists responsible for developing numerical models for ocean behaviour, Jupiter is building predictive technologies that allow stakeholders to understand the behaviour of climate change and its associated challenges on assets and areas ranging from a single warehouse loading dock or beach hotel, to an entire city. Large insurers like QBE, Mitsui, and Nephila have reposed their faith in this business by joining a $23 million round of investment.

Data can also be used to create awareness, leading to large-scale changes in behaviour. The awareness of air pollution in China was kick-started by a tweet by the US Embassy in Beijing and has changed the socio-political attitude towards air quality in China. In the 1960s, California responded to public outcry by forming the first specific ‘clean air’ government organisation in the US, the California Air Resources Board, which even today remains a pioneer in emission monitoring and electric vehicle initiatives. Similar incidents in London and New York helped turn them into some of the cleanest cities today. Closer home, it was public outcry that drove the Delhi government to experiment with the odd-even rule and shut down the Badarpur power plant.

The quest for better data, and better data science, is never ending. All current air-pollution data is a mishmash of satellite, meteorological, and government data, fed into learning algorithms to produce predictions that could well be inaccurate. The root cause of this is a lack of suitable and accurate base data sets. Satellite data is limited by its resolution – the best achieved so far is 7 sq km. Government data, especially in countries like India, is hamstrung by issues of cost – a single government air quality sensor costs crores and has an effective area measured in a couple of hundred square metres. In essence, this prices accurate air quality awareness out of the reach of most municipalities and administrations. The current state of the art, then, is woefully inadequate, with next to no data on what an individual in a city is breathing during the course of a day.

At Ambee, we are attempting to change this in a meaningful way. A short while ago, our data science was already at the limit of what was realisable with existing data sets, so we went out and gathered more data. We set up a network of accurate and inexpensive air quality monitors across cities, to augment the nine different sources of data we were using to begin with. This additional layer gives us unmatched insights, with the kind of granularity and focus that does not exist anywhere else in the world.

Our sensors come benchmarked by international government agencies, and we use continuous cloud calibration techniques to ensure optimum accuracy, previously unseen in the field. The end result is the ability to forecast and predict air quality levels down to a street almost anywhere in the world. With this level of air quality data, you can understand what you are breathing while, at home, walking in the park or, stepping out of office for lunch. Decisions involving where to send your kid to school, what route to bicycle to work on, or what office space or home to rent can all be quantified with respect to short and long term health implications. This will empower individuals to make better choices and live healthier lives, while also positively impacting and disrupting healthcare, insurance, and even governance.

This is the power of data – the tangible transformation that it can bring to our lives – and this is the driving force behind what we at Ambee, and many others seek to accomplish. 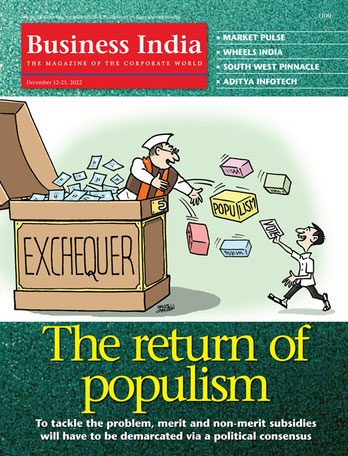